Wider than the sky: The brave mind and kind heart of Gerlinda Smaus

On the 1st of June I reached out to my friend Johannes Feest, giving him the good news that we had a publisher interested in the translation and publication of Gerlinda Smaus’ work in English. The process of finding a publisher had been a difficult, long and frustrating one, mainly due to issues of translation and copyrights, among others. But we had not given up, and there was a tacit pact among us that we would never give up. I knew that Johannes would eventually reach out to Linda (the way we called her) and give her the good news, even though we were still at an exploratory stage. I personally found it difficult to reach out to her and raise her hopes up again amidst yet another uncertainty involved with publishers. Little did I know at that time, that we would lose Linda that day.

I heard about her death a week after. I had just come back to my hotel room after a full day of presentations at the conference of the World Society of Victimology in San Sebastian. I was tired but also had a sense of quiet joy and fulfillment after a day that had gone well. I opened my computer and checked my e-mails, leaving an e-mail sent by Johannes for the end, since I wanted to savior -what I though would be -our shared enthusiasm about the renewed hopes in a publication. His e-mail said that was sorry to give me the bad news but that he thought Linda had died since about a week, but that he had no confirmation of it yet. I was in utter shock and disbelief and started searching the internet for news. I found a memorial page in Czech. At the opening page, there was a picture of her, that is so representative. 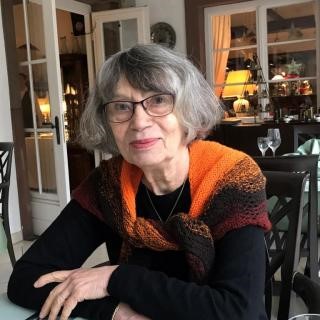 She has that dignified and at the same time mischievous look that characterised her. Her personality transpires from that picture -and all the other pictures of her- as well-defined, unique and strong, and yet so inviting and open. My heart -and the whole world- stopped at that moment and all I could do was cry throughout the night. I cried for this wonderful human we had lost, but mainly I cried because she died without knowing we were progressing in our project of making her work known beyond Germany and the Czech Republic and that we would not stop without achieving it. There was no way I could talk to her anymore, no way I could tell her anything, death had simply destroyed all channels and possibilities. The thought that she had died without knowing that we had not given up on her was very hurtful. But had she indeed died without hope and without knowing we would take her work forward? But more than that, did she care about the project as much as I did, or was I projecting into her my own fears and my own desires? No one could answer those questions but her.

I had met Linda three years ago, in the month of May in 2019. The idea of meeting her was born during a conversation between me and Johannes on abolitionism, where we realised how little is known about women abolitionists’ work, especially about non-English speaking scholars. The silence about them was bewildering. Among the names of women abolitionists mentioned by Johannes, one in particular stood out, the German-Czech sociologist Gerlinda Smaus, who had clearly been an important and influential thinker on a whole generation of critical criminologists in Germany. In fact, Johannes had known her for ages, but at some point, had lost track of her. When he mentioned that Linda had also tackled, early on, the difficult issue of the relationship between abolitionism and feminism, my interest in tracing her and her work continued growing. Yet, I struggled to find much published in English about her or her work. We decided to trace and find her together and ask her things we couldn’t find elsewhere but through talking to her. Johannes found out that she was working as a professor at the Masaryk University in Brno, Czech Republic, but still living in Saarbrücken, Germany. We got in touch and agreed to visit her together and she warmly welcomed us in her home. It took each of us several trains and more than 6 hours to reach Saarbrücken, from different directions (Johannes from Bremen, I from Leuven).

From the moment I saw her at the train station, it was love at first sight. There she was, a small and fragile woman with beautiful grey hair, with an iron will, unique sense of humour, and an almost unbelievable originality of thought. Throughout our visit and our conversations with her we were utterly gripped. We realised that she had written extensively about feminist criminology and gender theory in magazines and anthologies, in German, Italian, Spanish and Czech, and one or two things in English. But nothing had been collected in book form and no one had ever made the effort to bring this material together. If she had been a man, she would have been widely known and celebrated, and here she was, for years in the shadow. From our conversations in Saarbrücken it became extremely clear to us that her thought was extremely original, as it threaded together materialistic, interactionist, feminist and abolitionist elements in developing a theory of crime and criminalisation.

The idea of a book about Linda’s work became an obsession, a service, a vocation almost. We felt we had to bear witness, trace, collect, translate. Our book Gerlinda Smaus: “Ich Bin Ich” Beitrage Zur Feministischen Kriminologie started like this, from anger, from disbelief, from an instinct of repair, of doing justice, of searching for lineage. Johannes did a monumental work in tracing her work, which was not easy to find, especially in a digital form, and has to scan and process it accordingly to make it machine-readable and printable. 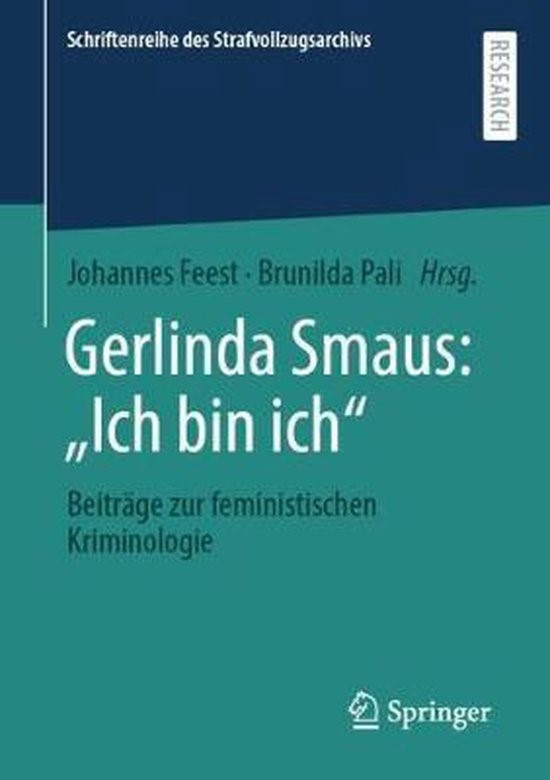 The material was extensive, and we had to make a choice. In consultation with Linda, we decided to concentrate on the feminist or gender-theoretical aspect, which originated from her empirical research on criminal law, justice and prisons, and more specifically on women’s prisons, sexuality in prison, rape, etc. For Gerlinda, feminism is the “avant-garde of the human movement” because its abolition of gender categories intends to liberate both women and men.

The difficult academic career of Gerlinda Smaus makes clear just how necessary feminism is as a political movement. Born in 1940 in the Czech Republic, during 1962–67 Gerlinda Smaus studied Sociology at the Faculty of Education and Journalism of Charles University in Prague, but emigrated to Germany in 1968, just after the Soviet tanks and troops invaded Czechoslovakia in an effort to stop the Prague Spring. She was hired as an assistant at the Department of Sociology at the Saarbrücken University of Saarland, where she obtained a PhD in 1973. She continued to work at the University of Saarbrücken as Privatdozentin (private lecturer), but was never promoted to the rank of professor, especially since she did not have a law degree and, as a sociologist, was not qualified to participate in law exams. Fortunately, in 2001, she obtained a full professorship at the Faculty of Arts at the Masaryk University in Brno, Czech Republic. From her colleagues’ and students’ writings and testimonies, it is clear that she has played a hugely important role in reconstituting sociology and constituting gender studies in the Czech Republic.

As much as Linda’s death shook me the first days, it has given me a new drive to engage even more with her work and her legacy. Even though I did not know her very intimately or for a very long amount of time, and thus my judgement might be mistaken, I believe that she had a full life and did not fear death. But I also think she did not want to be forgotten, as she has given so much to the world, always with a brave mind and kind heart.

Brunilda Pali is a Senior Researcher at the University of Leuven, and board member of the European Forum for Restorative Justice. Brunilda has studied Psychology in the University of Bosphorus, Gender Studies in the Central European University, Cultural Studies in Bilgi University, and Criminology in KU Leuven. Her areas of interest are feminism, critical social theory, social, restorative and environmental justice, and arts.​